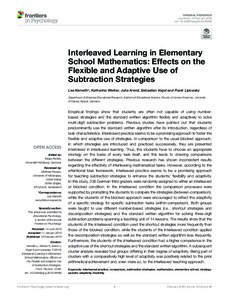 Interleaved Learning in Elementary School Mathematics: Effects on the Flexible and Adaptive Use of Subtraction Strategies