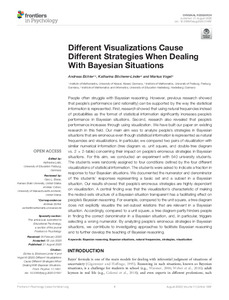 Different Visualizations Cause Different Strategies When Dealing With Bayesian Situations