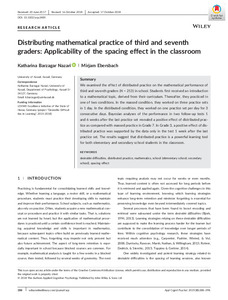 Distributing mathematical practice of third and seventh graders: Applicability of the spacing effect in the classroom