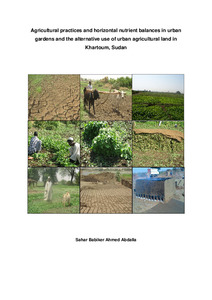 Agricultural practices and horizontal nutrient balances in urban gardens and the alternative use of urban agricultural land in Khartoum, Sudan

This work was funded by The Alexander von Humboldt Foundation