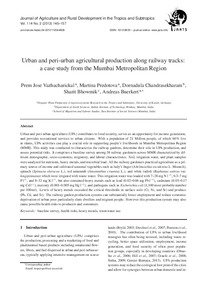 Urban and peri-urban agricultural production along railway tracks: a case study from the Mumbai Metropolitan Region