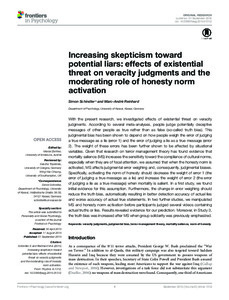 Increasing scepticism toward potential liars: effects of existential threat on veracity judgments and the moderating role of honesty norm activation