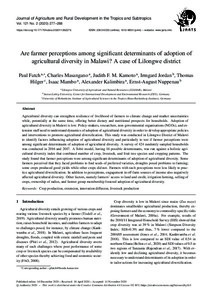 Are farmer perceptions among significant determinants of adoption of agricultural diversity in Malawi? A case of Lilongwe district