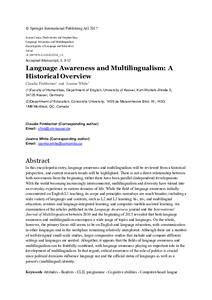 This is a post-peer-review, pre-copyedit version of an article published in "Language Awareness and Multilingualism". The final authenticated version is available online at: https://doi.org/10.1007/978-3-319-02240-6_1