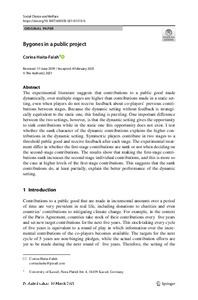 Bygones in a public project