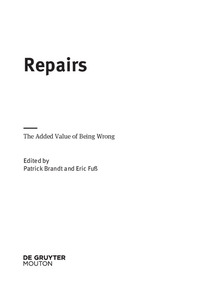 Generic interpretations as in “The tiger kills to survive” have often been observed to reconstitute the linguistic acceptability of certain verb argument structure modifications. But can the right context rescue everything? This paper investigates the impact a generic interpretation can have on three types of argument alternations: (i) the intransitive use of inherently telic verbs like “to kill”, (ii) the intransitive use of stative verbs like “to love”, and (iii) middle alternations like “it reads easily”. It will be shown that a generic licensing of these alternations critically depends on whether or not a property reading and a corresponding contrast relation can be established in the interpretation. A generic environment cannot license all verb alternations, though. Crucially, I shall follow proposals, which hypothesize a monotonicity condition to be functional in the lexical system, stating that no truth-conditionally relevant material may be deleted in an alternation. The results will be interpreted against the ongoing debate about the demarcation between the grammatical and the pragmatic layers of language, and I shall argue for an implementation of strict lexical principles to be obeyed in every contextual environment, which are not available to otherwise powerful pragmatic adjustment operations.