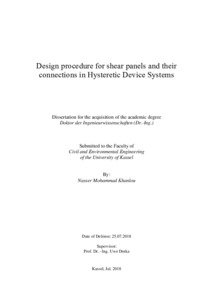 Every year, earthquakes kill thousends of people and destroy or damage many buildings and structures worldwide. It was observed that the damages induced by earthquakes in developed countries (e.g., Japan and the USA) are less when compared to less developed countries such as Iran, Turkey or Pakistan. Comparing the earthquake damages indicated that even in new and modern buildings, some problems can be seen facing large earthquakes.
Every earthquake has proved the vulnerability of many structures to damages. A lot of considerations are required in the different phases of building processes i.e., structural design, planing, construction and service processes. For instance, in a construction project, we need to avoid such items: 1) soft stories; 2) irregular plans and elevations; 3) concentration of the lateral horizontal resistance system in the center and/or asymmetrically and 4) changing the lateral resistance system in the elevation. Soft story collapse is a common problem in existing buildings. A soft-story failure can develop in multi-story buildings in which one or more floors have low lateral stiffness. An example of a soft-story failure in a building is an apartment with three or more stories located over a ground level with large openings such as parking, garage or series of businesses with large windows.
The earthquake resistance of conventional structures depends on providing the building with strength, stiffness, and inelastic deformation capacity, large enough to withstand a given level of earthquake motion. A conventional structure may be safe, however, many details, quality, etc. need to be controlled. An important point is the increase of the ‘structure’s stiffness’ by enlarging the section of columns, beams, shear walls or other elements which causes the seismic load to increase. Seismic codes make buildings safe and resistant to earthquakes. However, huge damages in recent earthquakes have shown that fulfilling all code demands and recommendations are nearly impossible because the simple stiffening of buildings usually leads to higher forces and problems with foundations. Therefore new concepts and mechanisms have been employed to improve the response of buildings.
Dampers that dissipate energy and reduce displacements are produced in different types and are widely used in buildings. In Structural Control Systems, the response (e.g., forces and displacements) of a structure is controlled to decrease the damages using special devices.
The HYsteric DEvice system (HYDE System) is a passive seismic control concept that transforms a structure into a rigid-body mechanism. The story shear is controlled in a dedicated story (the seismic link) using elastic-plastic devices (e.g., Shear Panels) or friction devices with a force limiting capability. A well-designed HYDE System reduces the displacements and forces drastically by preventing the typical built-up of kinetic and potential energies usually seen in the conventional structures. It leads to superior performance and economic efficiency.
The devices play the role of force fuses in HYDE Systems. The force is limited to a definable control force. A design curve determines this force by means of nonlinear time history analysis. A device (Shear Panel) must be designed that provides this control force as plastic limit under dynamic loads. This plastic force can be produced by yielding of SPs. SPs should provide a stable and definable force (yielding force) under cyclic loads.

The evolution of force and deformation capacity for SPs is the main goal of this work. The dynamic behavior of SPs depends on several parameters e.g., dimensions, shape, connection conditions and load conditions. One of the most important parameter is the slenderness ratio: h/t (height/thickness).
The literature in this field can be divided into two major categories: steel shear walls and steel shear panels. The difference is the frame effect in shear plates and also specimens' dimensions.
An overview of previous studies shows that steel shear panels have a stable yield force and a full hysteresis loop.
The main aim of this work is to model the hysteresis, which evolves with load history. This hysteresis evolution has been mainly neglectet so far, but may play a major role in the response not only of HYDE System.
This work focuses on the effect of slenderness h/t ratio on SPs' hysteresis loops.
To achieve this purpose a detailed FE Model using the MARC software was developed accounting for geometric and material non-linearities. This model was validated by experiments that covered the applicable range of slenderness ratios. In addition a simples rheological model is proposed. Its parameters can be identified with the complex FE model avoiding further testing.