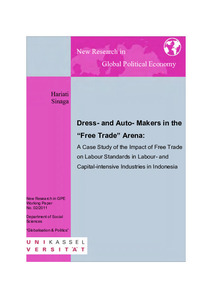 Dress- and Auto- Makers in the “Free Trade” Arena