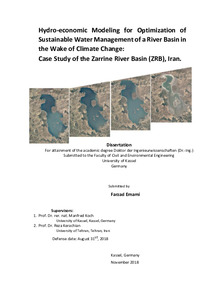 Hydro-economic Modeling for Optimization of Sustainable Water Management of a River Basin in the Wake of Climate Change: Case Study of the Zarrine River Basin (ZRB), Iran